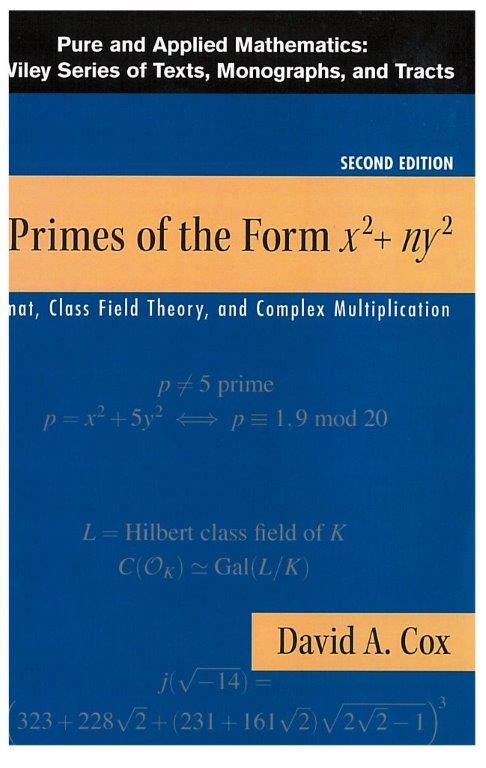 by David A. Cox
Amherst College

The other changes in the text are minor, mostly to enhance clarity, improve formatting, and simplify some of the proofs.

Typographical Errors in the Second Edition

The list of known typographical errors in the second edition is available in pdf .

Typographical Errors in the First Edition

Lists of typographical errors are available for the two printings of the hardback first edition. To find out which printing you have, check the bottom line on the copyright page; the last digit displayed is the printing number.

These lists contain errata discovered as of January 28, 2009. Any typos discovered after this date appear in the errata list for the softcover edition.

For the softcover first edition, many (but not all) of the typographical errors in the hardcover edition were corrected. The remaining errors are available in pdf or postscript .

All of these typos were corrected in the second edition of the book, which appeared in 2013.

For a nice set of exercises that supplement Chapter One of the book, click here. I am grateful to Jeffrey Stopple for preparing these exercises.

Ordering Information for the Second Edition

Hardcover Version. Click here for the Wiley catalog page for the second edition of Primes of the Form x2 + ny2. This page includes a brief description of the book and information on how to order a copy.