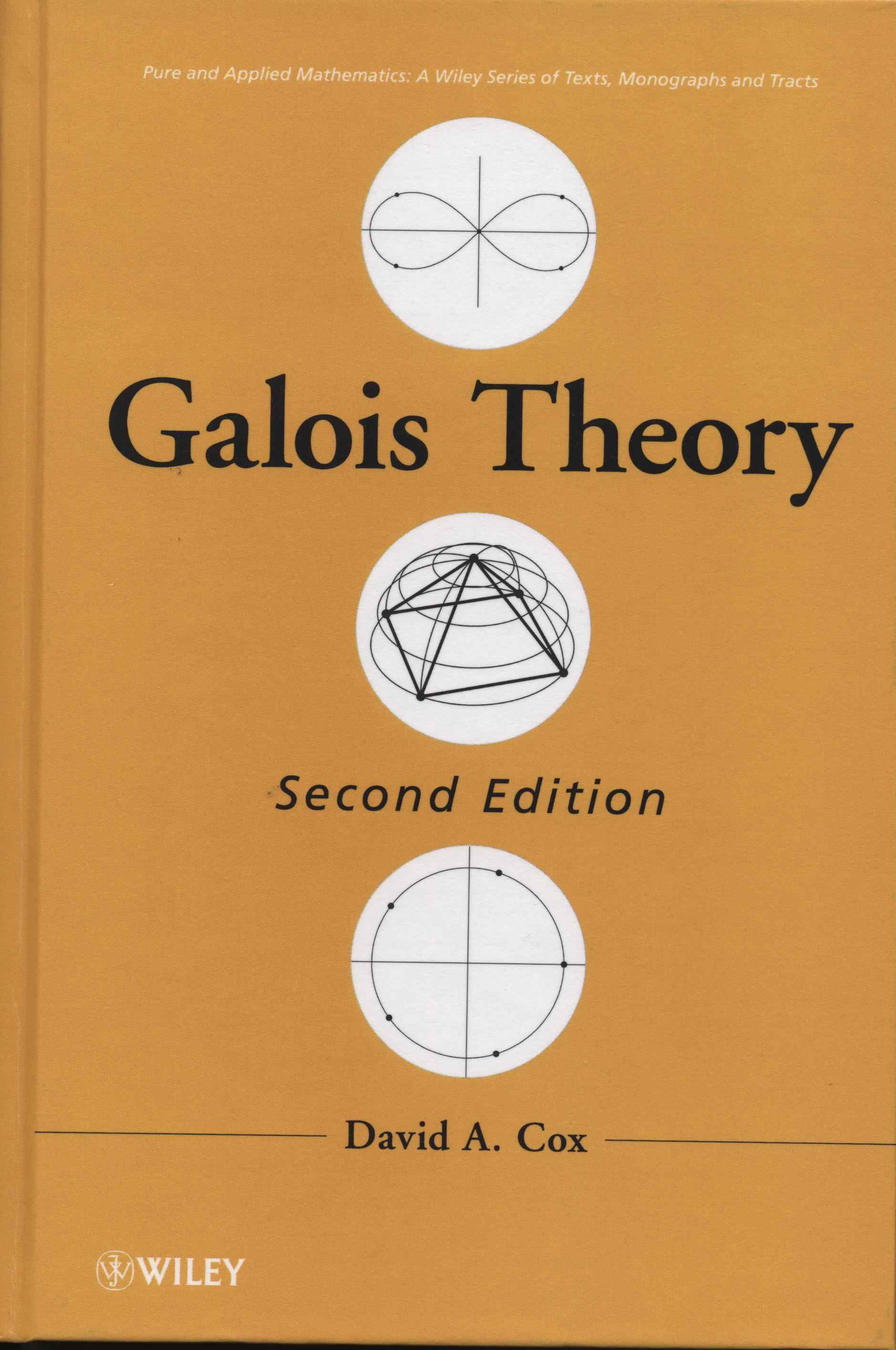 Galois theory is one of the jewels of mathematics. Its intrinsic beauty, dramatic history, and deep connections to other areas of mathematics give Galois theory an unequaled richness. This undergraduate text develops the basic results of Galois theory, with Historical Notes to explain how the concepts evolved and Mathematical Notes to highlight the many ideas encountered in the study of this marvelous subject.

The book covers classic applications of Galois theory, such as solvability by radicals, geometric constructions, and finite fields. There are also more novel topics, including Abel's theory of Abelian equations, the problem of expressing real roots by real radicals (the casus irreducibilis), and the Galois theory of origami. The book also explains how Maple and Mathematica can be used in computations related to Galois theory.

Later chapters explore the contributions of Lagrange, Galois, and Kronecker and describe how to compute Galois groups. There are also chapters on Galois's amazing results about irreducible polynomials of prime or prime-squared degree and Abel's wonderful theorem about geometric constructions on the lemniscate.

For the second edition, the following changes have been made:

The second edition was published in 2012.

Typographical Errors in the Second Edition

Here are the typographical errors in the second edition known as of September 2018:

Additional References to the Second Edition

Here are a reference to add to the chapter references in the second edition of the book:

Typographical Errors in the First Edition

Additional References to the First Edition

Here are some references to add to the chapter references in the first edition of the book:

These references have been incorporated into the second edition.

Ordering Information for the Second Edition

Hardcover Version. Click here for the Wiley catalog page for the second edition of Galois Theory. This page includes a brief description of the book and information on how to order a copy.

E-book Version. The second edition is also available as an e-book. Click here for the Wiley catalog page for the e-book version.

Individual Chapters. Chapters of the book can also be ordered individually -- Click here for the Wiley catalog page for individual chapters. The three appendices to the second edition are freely available at this site.

You can contact the author at the following email address:

The web site for the book is: